Focusing on WANTS vs NEEDS 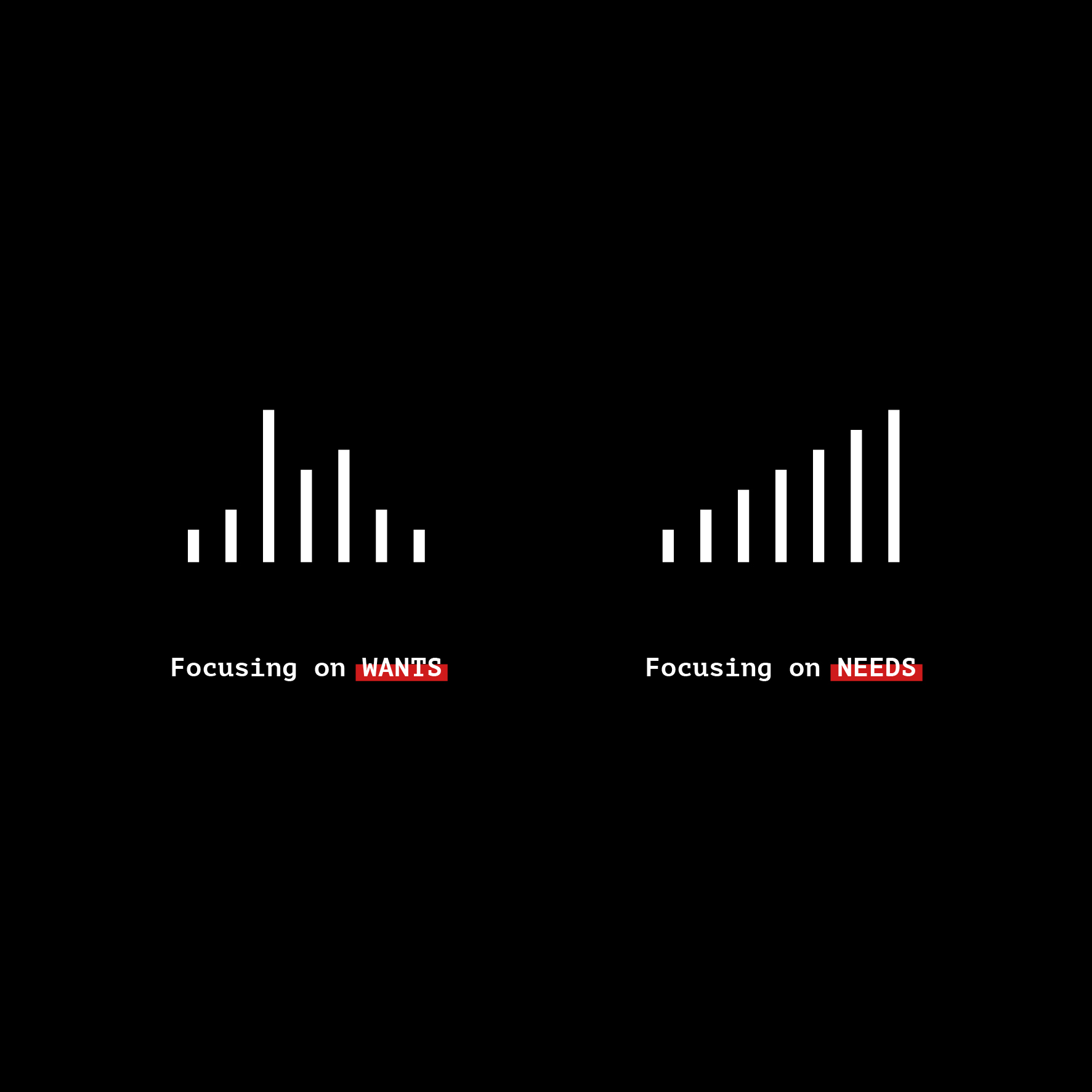 'What social needs' is a marketing concept that relates to the functional or emotional needs or desires of a target market. Generally, a successful company identifies when a segment of customers is not effectively served by existing providers and develops, then promotes products or services to match. The more critical the needs of the market and the more differentiated your business's offerings, the more profit you can potentially generate.

So it is very important to focus on what society needs more than what they want.

Company valuation is considered very important for a company. Valuation itself means the selling price of a company in the eyes of its investors. This intended to see how big the development of the business is run by the company. A good valuation level tends to be a reference for the success of the company’s value levels, both in terms of fundamentals and relative aspects.

Why was GO-JEK's valuation so much higher than Garuda Indonesia’s?

In 2018, Garuda Indonesia's valuation was only IDR 6 trillion, far below Gojek's valuation of IDR 75 trillion.

Garuda Indonesia’s valuation was so much lower than GO-JEK’s because they had IDR 40 trillion of debt. Assuming the debt interest was only 10% per year, then Garuda Indonesia needs IDR 4 trillion per year just to pay the interest.

GO-JEK as an application is very expensive because of the internet. The application can reach millions of customers instantly, with almost no cost at all. Only with digital connection, the current estimate of GO-PAY has reached around a million customers in Indonesia, without the help of any branch office.

Fast forward to 2020, a massive scale of pandemic happened. And it is still happening until today!

To help the business, the government disbursed IDR 8.5 trillion in financial assistance for Garuda Indonesia to survive in a period of 4 years. And as the number of airline passengers has plunged, airlines are forced into reducing flight routes and pursuing other measures to cut costs.

Passenger revenue contributes more than 80 percent of Garuda Indonesia’s total revenue. With the decline in traffic, there needs to be a strategy to reduce the flight variable costs. So then the management is trying to focus on cargo business and chartered flights while increasing efficiencies and lowering costs. However, none of these are effective and easy to make up for the losses.

On the other hand, GO-JEK is still thriving. Amid the increasing number of merchant migration from offline to online during the Covid-19 pandemic, GO-JEK is still our number one application to meet our society's daily needs.

GO-JEK's market value is considered higher today because it has a greater network effect than a conventional company and a stand alone company. The network effect can be seen in the super apps network that unites the ecosystem of shop owners, drivers, restaurants, and so on.

So why do we have to focus on what society needs more than what they want?

As said above, in times like today, especially in difficult times because of the pandemic, society needs more major things to survive and a big company such as Garuda Indonesia’s services and offers is not something essential for them (unless you have a business that exports and imports goods that require cargo delivery).

Therefore, applications such as GO-JEK are very 'needed' and helpful in daily life. And even though the pandemic period has not yet ended, the super app company can still survive and still hold its value as an application that can help not only users, but informal workers and merchants  by it's powerful digital platform that can retain millions of users all over the country.

Do Work That Matters

What Creativity Really Is?